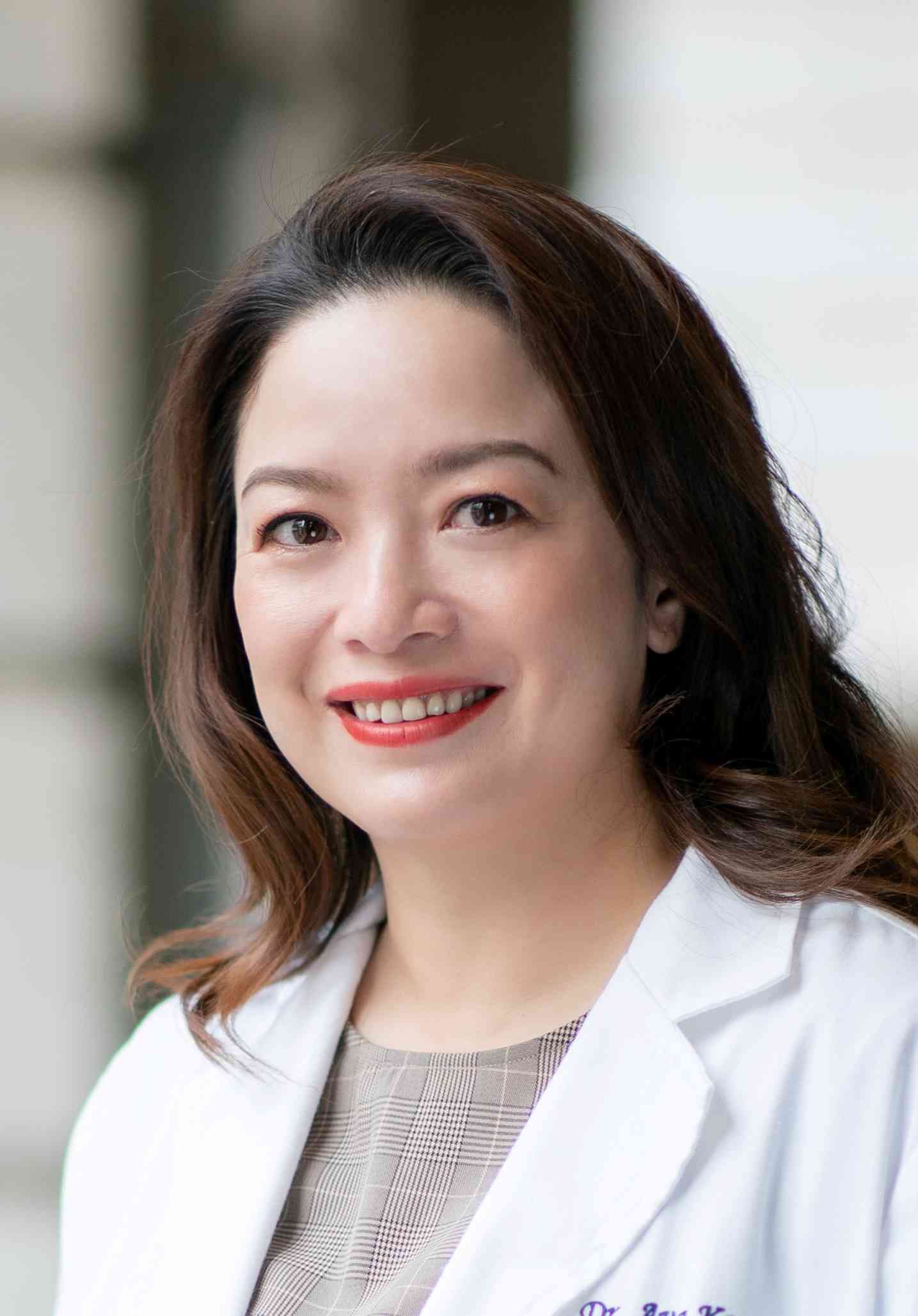 Aside from her clinical and academic positions, she contributes to the governmental bodies and has been appointed to be a member of the Cancer Coordinating Committee of the Food and Health Bureau, Government Secretariat, The Government of the Hong Kong Special Administrative Region (HKSAR), The People’s Republic of China in August 2014, followed by the appointment as a member of the Working Group on Colorectal and Breast Cancer Screening for High Risk Groups and a member of the Expert Advisory Panel of Cancer, Cancer Committee of the Hospital Authority Head Office, HKSAR. She is also a member of the Expert Panel in the Cancer Genetics subcommittee and also member of Central Committee in Cancer Services to the Hospital Authority, HKSAR, and was appointed a co-leader of the Cancer Work Group in the development of Cancer Services planning of the Hong Kong West Cluster, Hospital Authority in 2012 being responsible in the planning of cancer services for the new development plan of Queen Mary Hospital, and Hong Kong West cluster.

In 2007, she founded the Hong Kong Hereditary Breast Cancer Family Registry, where she currently serves as the Chairman; a charitable organization and research platform to support genetic testing, risk management and data collection.  She established the Hong Kong Hereditary and High Risk Breast and Ovarian Cancer Programme at the same time- a collaborative programme between the Stanford University School of Medicine and Hong Kong Sanatorium and Hospital with contributions from the Hospital Authority and university-based hospitals both locally and internationally. In 2011, the Asian Hereditary Breast Cancer Consortium was established for which she was a founding member. In the year of 2012, she was elected Leader of the Asian Subgroup of CIMBA, an International Working Group for Breast Cancer Genetics.

In 2013, she was elected to be the Deputy Chief and Committee Member of the Shenzhen Breast and Endocrine Cancer Society, The People’s Republic of China, and became council member of the Hong Kong Society of Breast Surgeons in 2014 and Honorary Advisor of Hong Kong Breast Oncology Group.

During her surgical career, she has gained multiple awards and scholarships, including the Hong Kong International Cancer Congress “Young Investigator Award” in 2006 and 2008 on her research work on breast cancer genetics in Chinese and Asian population, the Breast Surgery International Best Paper Prize, at the International Society of Surgery International Surgical Week meeting in 2007, a scholarship for undertaking a research fellowship in Breast Cancer Genetics at the Stanford University School of Medicine in 2005 and also GB Ong Travelling Scholarship in 2016-2017.  She has been awarded “Uccio Querci della Rovere Award” of The Royal College of Surgeons of England in recognition of her outstanding achievements in and contribution to the field of breast cancer surgery internationally in 2019 at BASO Annual Scientific Meeting. She is an enthusiastic teacher and trainer, and is a trainer for the breast cancer surgery subspecialty at the College of Surgeons of Hong Kong. Her supervision of residents, PhD and Master Students have also led to over 15 awards on abstracts presented in local and international meetings. She also has much interest in training of nurses and is the Director of the Breast Cancer Nursing Workshop and Course which has been held annually since 2008 and is a teacher in Master Courses in the University of Hong Kong as well as the Open University and Commissioned training programmes of the Hospital Authority.

Her main research interests include breast and ovarian cancer genetics, advanced surgical technologies, epidemiology, psychosocial studies and clinical trials in oncological treatment. These have led to over 160 publications in reputable international journals and she is an Editorial Board member of a number of peer reviewed journals including JNCI.  She has received various grants to support her research including  Hong Kong government based grants such as Food and Health Bureau HHSRF, The Innovation and Technology Fund, Research Grant Council (RGC)/General Research Fund (GRF), and international grants including National Institute of Health in the United States of America and Asian Fund for Cancer Research (AFCR). In 2015, with the School of Public Health of The University of Hong Kong, she succeeded in getting the prestigious Hong Kong Government Commissioned grant from Health and Medical Research Fund (HMRF) to study the “Risk of Breast Cancer in Hong Kong: Development ad Validation of Risk Prediction Model and Surveillance Study” as a Co- Principle Investigator. In 2018, she was awarded a 12 million RMB San Ming Project of Medicine Grant from the Health and Family Planning Commission of Shenzhen Municipality, Government of Shenzhen, China.

She has authored various chapters in medical books including “ABC of Breast Disease” published by British Medical Journal, Companion to Specialist Surgical Practice: Breast Surgery Volume: 5th Edition and 6th Edition, “Up to Date” on-line medical website based in the United States, and also patient information books published in Hong Kong and wrote monthly medical columns in Jessica Magazine to promote health awareness.  In December 2015, she published her first authored book  “Healing Breast Cancer with Love” , writing stories of breast cancer patients and how patients and medical personals reflect on each other’s lives to raise the public awareness on breast cancer in the community.

Aside from her academic, clinical and author work she is also very supportive of patients support groups and awareness programmes. In 2008, she was nominated a consultant for the Global Chinese Breast Cancer Groups Alliance and The Dragon Abreast patient advocacy group. She is the medical consultant of various charity organizations including Hong Kong Cancer Fund, Kerry Kuok Foundation, and Joshua Hellmann Foundation for rare pediatric genetic disease. She has been appointed the World Pink Ambassador by Estee Lauder (Hong Kong) Companies’ Breast Cancer Research Foundation since 2008 to promote breast cancer awareness.

Her contributions in the academic, community and charity work has won herself community based awards including the Jessica Magazine’s “Ten Most Successful Women Award” in 2009 and Marie Claire Magazine’s “Fashion with Heart” award in 2010,  the “Most Inspiring Women Award in 2015”, Just Gold “Real Woman Award” in 2016 and Adventist Hospital Foundation’s “ Women of Hope” in 2018.