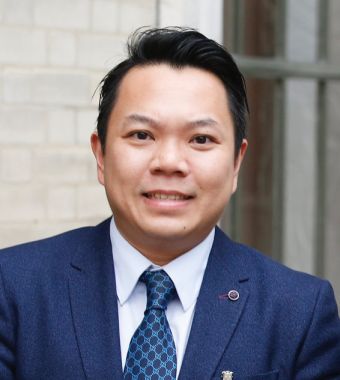 During the time at Nottingham as the Head of Department, Tang took leadership to set the vision and mission of the Department, led a number of industry partnership, and has its first RIBA and CIBSE unconditional validation and accreditation completed successfully. He also led the BIM initiative across different disciplines and established the first ICES-accredited GIS-BIM taught master in China. In the last decade, Tang led and involved in funding from EPSRC, NSFC, large-scale BIM and information management R&D industry projects including hospitals, rail transit, and international airports. Via the 5-million-pound Digital City Infrastructure and Technology Innovation (D-CiTi) Laboratory – a platform that is fully support by the Sino-UK Government, Tang as an awardee for the Ningbo High-level Overseas Talent Program, gave over 100+ keynotes and lectures in the areas of BIM and digital city, acts as PI for RMB7.5m research funding, and act as assessor and examiner for a number of provincial BIM lab and standards.

Recently, he together with his research team completed a number of grants for the Chinese Government and leading companies in the sector. One of the key 3-year project is the RMB5.1m GIS-BIM Municipal Innovation Team that generates 30+ publications and 3 patents. Until 2018, Tang has 5 PhDs completion and examined 7 PhDs in the UK, China and Australia. Overall, he produced 4 patents, 40+ high impact journal papers and 70+ high quality conference paper. He is also reviewer for EPSRC, NSFC and 30+ SCI journals in the field such as Automaton in Construction, Construction Management and Economics, and ASCE Journal of Construction Engineering and Management.

In early 2018, Tang successfully introduced UK BIM level 2 with British Standards Institution (BSI) into China for Wanda Group achieving BIM Kitemark double and helping their BIM system to tap the most value of this international standard for their digitization journey. Recently, he led a team of 12 BIM scientists for the design and application of a strategic framework for the national new smart city (Xiongan New Area) and future smart hospital in China based on A.I., BIM and Blockchain. The research outcome was delivered in TEDx Shanghai and Smart Expo Chongqing 2018.